I have been so blessed to have coworkers that have become great friends. Dietitians tend to have similar personalities, and I couldn’t have asked for a better group of girls to talk about food and life with. Together, we all agree that God is great, food is good, and people are crazy! Emily and I were office mates and both started big girl jobs at the same time, so we instantly became friends. We are destined to be movie stars, but are busy making money in the real world for now. Kathleen and I were diet techs together during college, but worked opposite schedules most days, so it wasn’t until studying for the RD exam that we became closer. She is my active friend that pushes me to exercise even when I don’t want to. We have done two half marathons together and are looking forward to the Seaside Half in March! 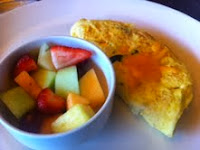 Last weekend, we all took a weekend trip to Atlanta where we visited Emily’s parents and got to learn more about her and her hometown. We had a fun filled weekend! We got into town late, but Emily convinced Kathleen and me to stay up past our bedtimes and hang out with her friends–so glad we did, they were great! Saturday, started a little later than usual with brunch at Murphy’s, where I had a veggie omelet and a lot of coffee! 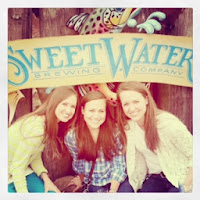 After brunch, we shopped around a little and visited Ikea where we split a Cinnamon Roll- that we never knew they had until Leigh at work told us about them. They were just ok…not worth the calories if you ask me. Finally, it was time for Sweetwater, which is open from 2:30pm-4:30pm. We sampled their wide variety of beer and decided it was definitely worth the calories.

Then, we headed out to Emily’s town outside of Atlanta to meet her parents for dinner. Her parents were super sweet and welcoming! Her dad wrote a book called The Little Book of Annoying Questions, and you can check it out on Amazon! After dinner, we rented a movie called Love and Honor. Honestly, we only rented it because Liam Hemsworth is in it. We fully expected it to be a horrible movie, but it was actually pretty good!

Sunday morning we headed out  to the Apple Festival in Ellijay where I bought a 1/2 peck of Mutsu apples. Kathleen introduced us to this cross between a Granny Smith and a Golden Delicious and it is one of the best apples I have ever tried. 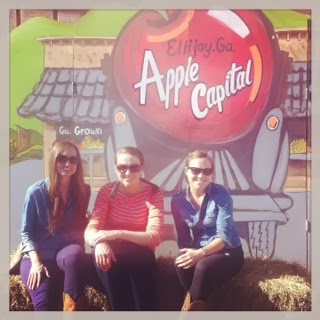 Finally, we were headed back to sweet home Alabama, but had to make one more essential stop at Trader Joe’s! I will never understand why we can’t have one here… I bought a Pumpkin Bar mix and a can of Pumpkin that I planned to make for an In-service I was giving at work the following day. I’m so glad I did because they turned out wonderfully delicious!

There were already chocolate chips in the mix so you don’t have to add extra…that is, if you don’t believe that Ghirardelli makes the world a better place.
So, without further delay…

Directions:
1. Mix all ingredients until all of the dry mix is well incorporated.
2. Pour into nonstick/prepared baking dish.
3. Bake at 350 degrees for 20-25 minutes until knife inserted in middle comes out clean.

That’s it! Easy and healthy!

Did you know you can replace the eggs and oil in any boxed cake recipe with pumpkin for a fat free version that doesn’t give it a pumpkin taste? I tried it with red velvet cake and it was a hit. I’m thinking vanilla cake mix, pumpkin, pumpkin spices and chocolate chips…Think of all the pumpkin possibilities, muffins, cakes, cookies, bars, oh my!

What recipe have you tried using pumpkin in place of oil and eggs? 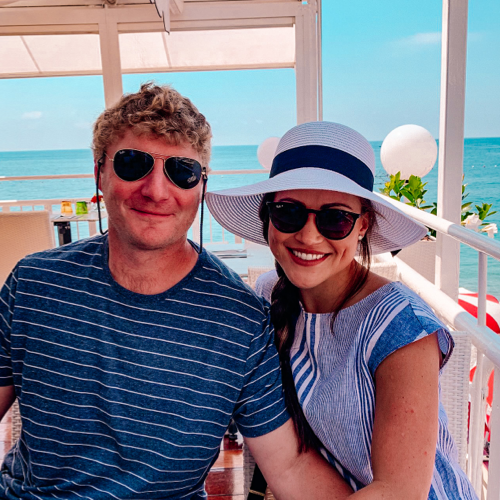