Kathleen and I met early this morning for a downtown Birmingham pre-work run. Does anyone else just love Railroad Park?! 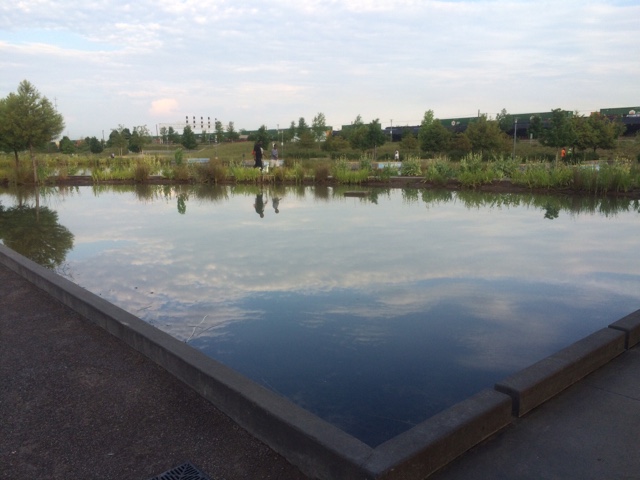 We took in the views of the city. The morning run proved to be successful. It was cooler than our usual afternoon runs and the stillness of the morning is a nice change of pace from the afternoon traffic lights. 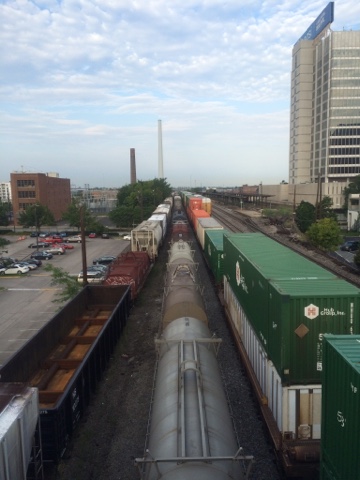 Kathleen has been bringing refreshing watermelon slices to share after each run. I could get used to that! 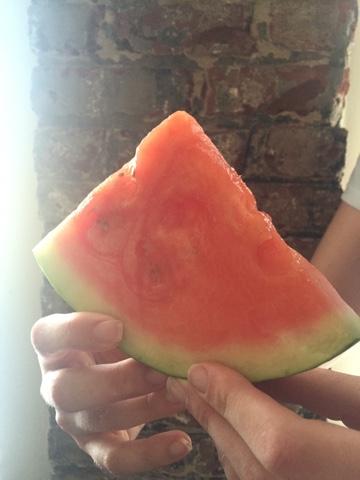 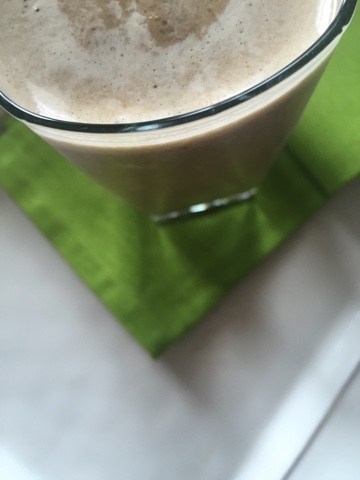 Lunch was leftover Teriyaki Chicken from my birthday dinner. I really am not a fan of re-heated chicken but I’m not a fan of wasting either…so chicken it was. Zing sent over some samples of their natural sweetener so I added that a grapefruit. 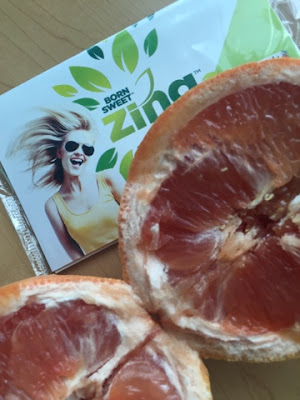 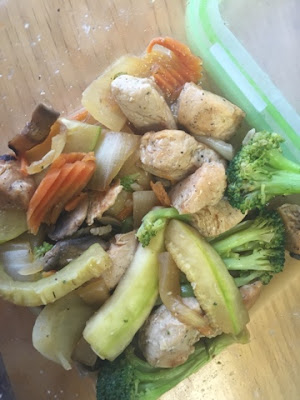 Finally, some cucumbers and goat cheese. I am going to the beach this weekend so in a last ditch effort to use all my fresh produce, I added some goat cheese to garden cucumber. 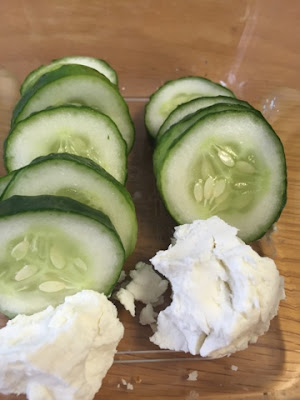 For snack, I had an un-pictured chocolate protein shake mixed with water. It was 30g of protein and is usually a pretty fulfilling 3:30 pm snack.
Joey and I worked on a project after work so JT and Logan went to Rogue Tavern and watched the first half of the soccer game without us. We joined with 30 minutes to go and in just enough time to watch USA lose. Maybe we were bad luck charms. 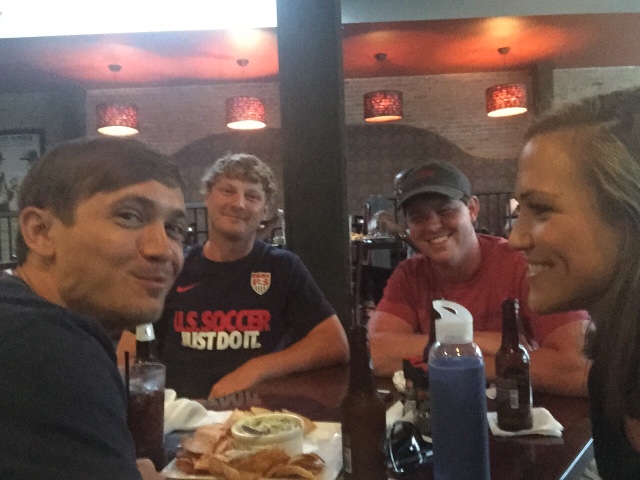 After the game, both JT and I were starving so we went back home to make taco salads. Mexican always seems to fit when we are trying to use the left-over groceries! I was really trying to avoid the store this week but we needed lettuce–so sweet JT stopped for lettuce and milk (for coffee of course). 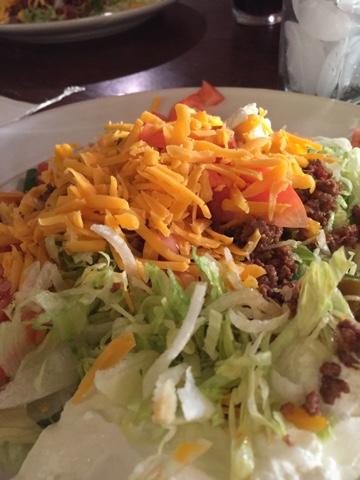 I was super hungry so we took fast photos and I added half an avocado and some jalapeno peppers post photo sesh. It was really too much food so I ended up wasting some. We have beautiful Pottery Barn dishes (that I absolutely love!). The dinner plates are really big so my eyes are usually bigger than my stomach. In clinic I tell people to eat off of smaller plates and I find this to be true and good advice! I’ve had a lot of families lose weight by changing to “kids” sized plates. I may be switching to salad plates! 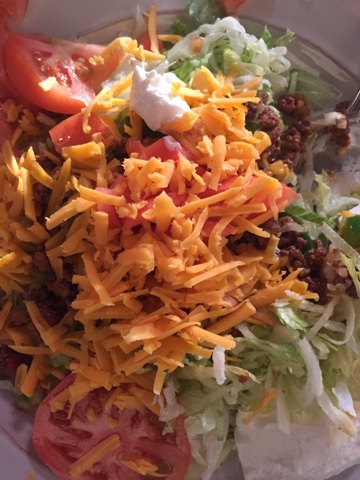 Dinner clean up and showers later we ended another day. Man, time really flies these days!
Do you find smaller plates helpful in portion control?

A Caramel Macchiato + Cocktails at MELT