{Kathleen} Friday afternoon I headed straight up to Southaven, MS to see one of my college roommates. I got there about 7:00 that night just in time to head to get sushi! This was my first time having sushi out in a restaurant, I have only ever had it from Publix or Winn-Dixie, and it was awesome! I ordered the Rainbow Roll which came with tuna and salmon on it + avocado and it was delish. I also tried some of Suzanne’s and her husband Matt’s. 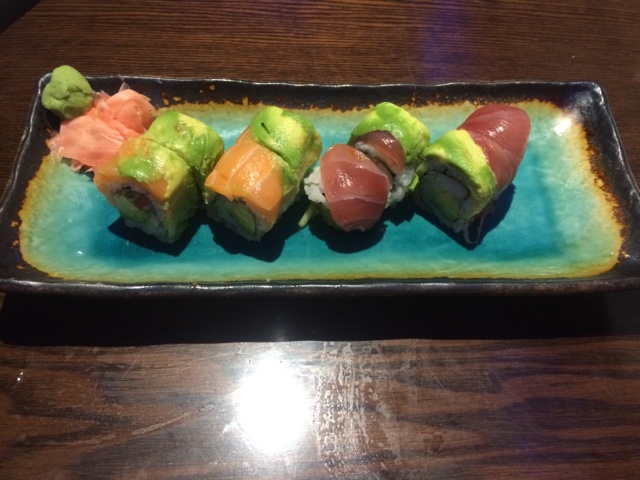 Saturday morning Suzanne had to work so I slept it, drank some coffee, and went for a run.  There was no shade in their subdivision to block some of the sun which made it extra steamy but it was very flat (a rarity around Birmingham)! 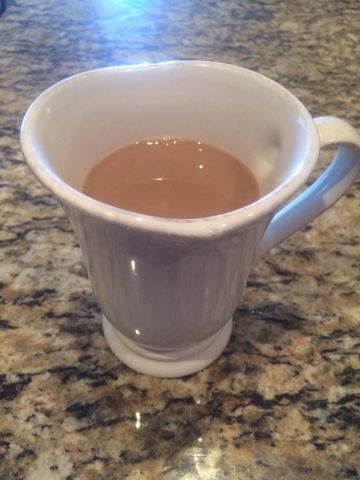 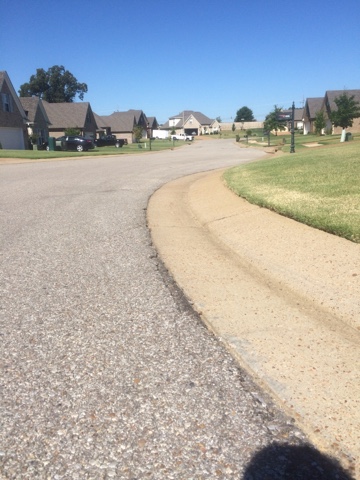 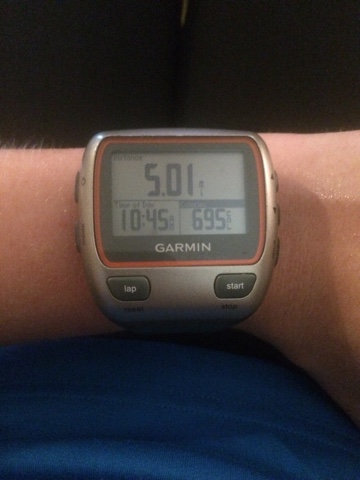 Saturday for lunch we ate at a place in Southaven called the Fillin’ Station and it was adorable. We ate outside on the patio and enjoyed the sunshine. I opted for a black bean burger with all the fix-in’s and a side of fries–Suzanne said they were worth it — and they were. 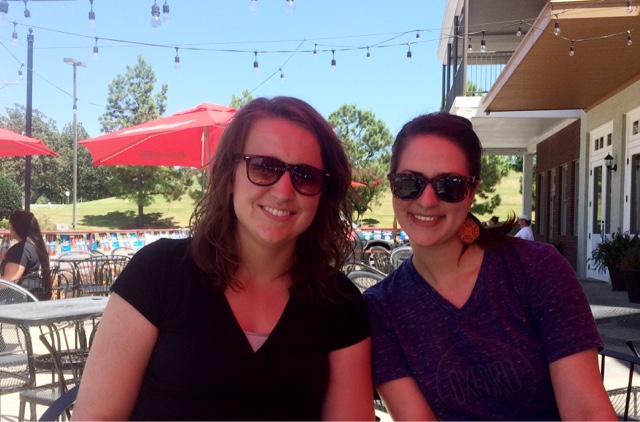 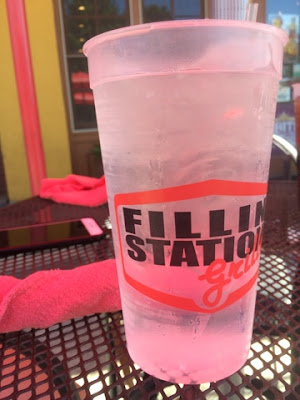 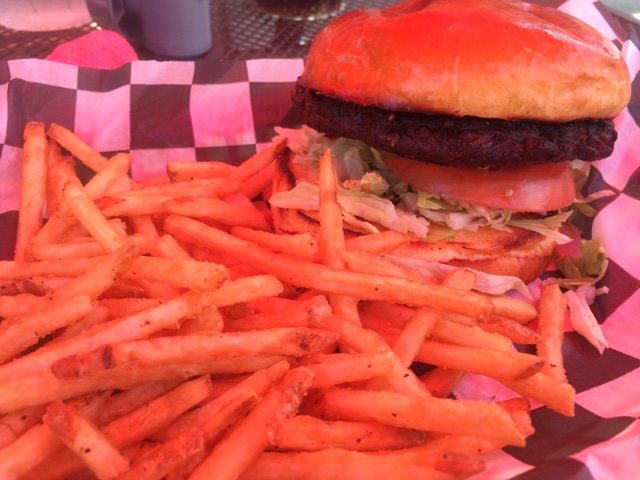 Saturday night my family and I went to my cousin Callie’s wedding in Holly Spring’s MS, not far from Southhaven. The wedding was beautiful and surprisingly not hot at all even though it was outside! The food was also great! They had 3 tables set up with options of breakfast, lunch and supper. There were plenty of healthy options at the dinner table so I went for that one. I think my favorite dish being the pinto bean and mango salsa. There was also a tomato-feta salsa and a great spinach salad (I might have eaten 2 plates full of that) and pork tenderloin mini-sandwiches…All of which were delicious. 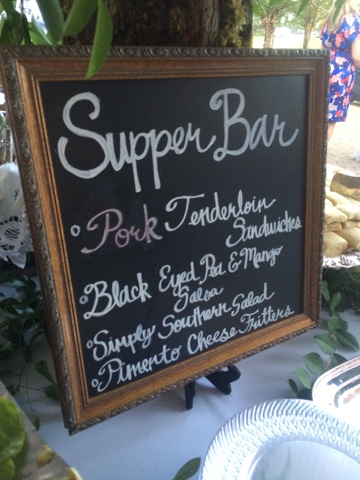 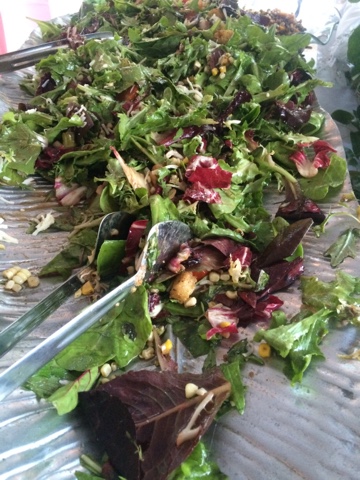 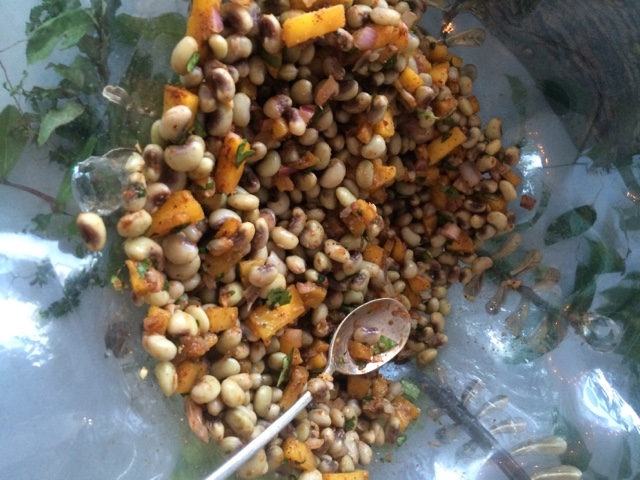 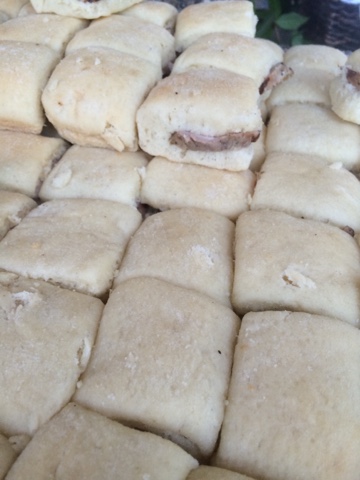 Of course I had to try the wedding cake (my favorite part of a wedding) and it was great!  It had just a hint of almond extract flavoring! My cousin Kathy (mother of the bride) also made a variety of cheesecakes. I am not a fan of cheesecake; however, her chocolate chip cookie dough cheesecake was the bomb. She also made strawberry, blackberry and lemon flavors. 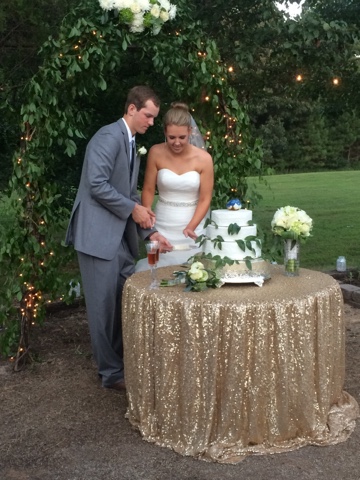 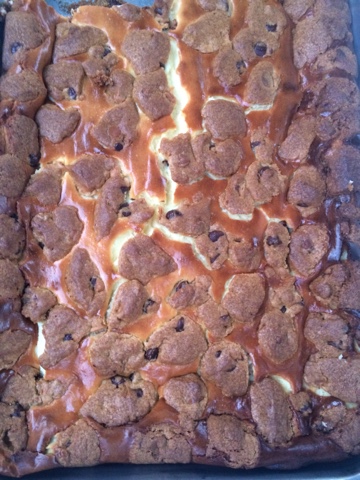 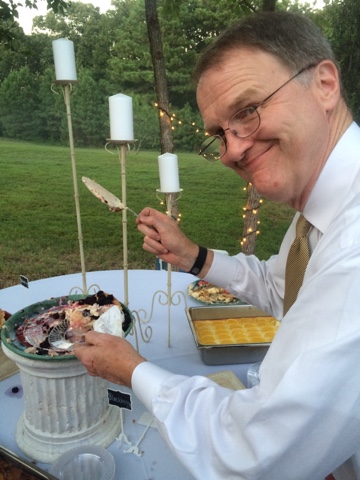 After we indulged in all this good food my parents, sister Kelly and I hit the dance floor to have some fun and burn off some of the treats 🙂 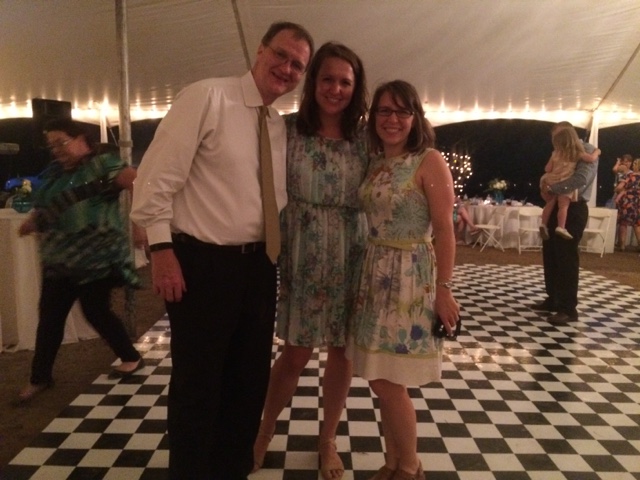 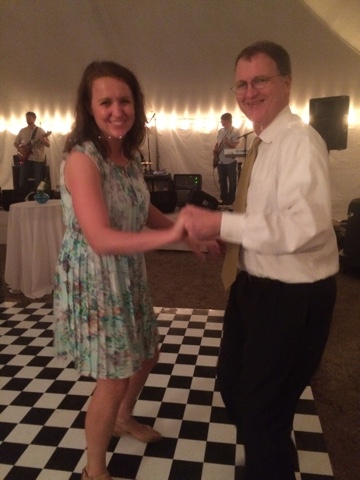 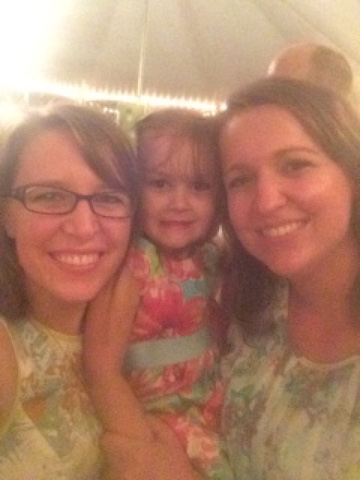 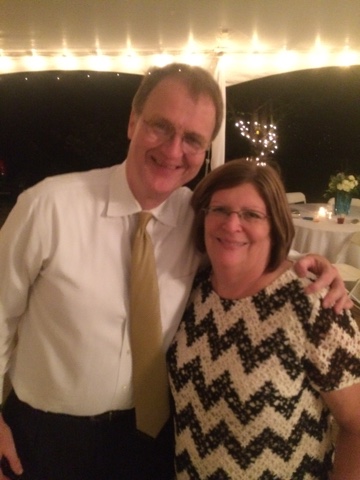 Sunday morning I got up and watched the today show while I ran on the treadmill. I sincerely hate the treadmill but it was not great running grounds around the hotel, but at least I got to watch the Today Show (my favorite)!

We ate the hotel breakfast, good as usual. I opted for oatmeal + walnuts+ golden raisins+ brown sugar with a  side of melon.  After breakfast we headed about 30 minutes north to Memphis to check out the Peabody Hotel. We saw the ducks do their daily walk from the rooftop penthouse to their fountain on the ground floor complete with a red carpet and everything. 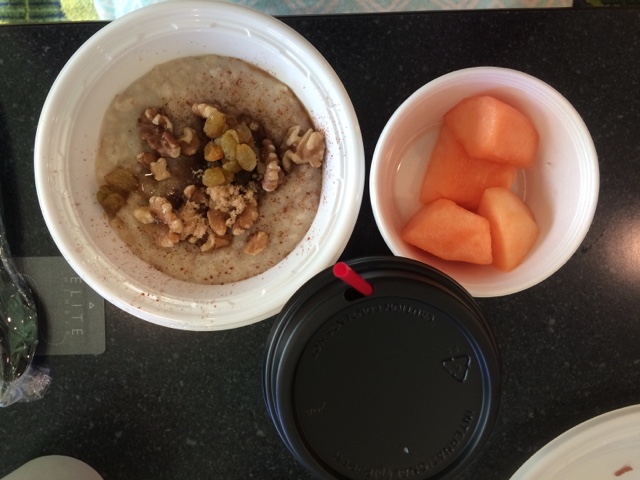 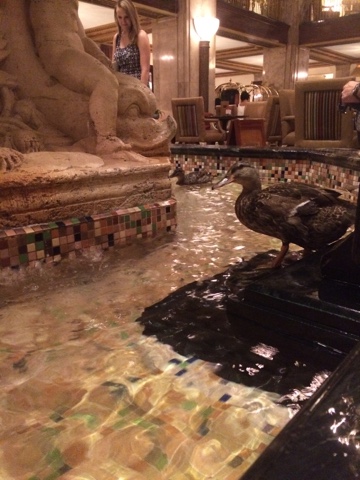 Then we headed to get some authentic Memphis BBQ at Central BBQ in downtown. We shared an order of the BBQ nachos while we waited for our food to come. My dad opted for the original BBQ sandwich while the rest of us opted for the pulled BBQ chicken salad. It was definitely a good decision, it came in a tortilla shell with tons of chicken that filled me up.  I also came with a house dressing that was a BBQ sauce vinaigrette; which was awesome. 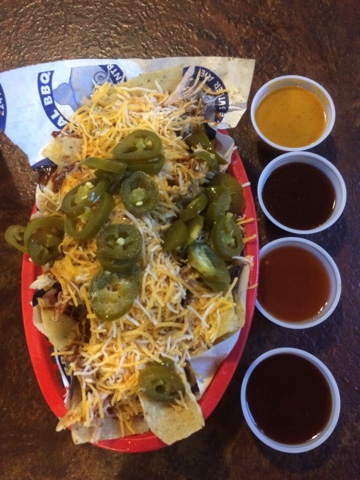 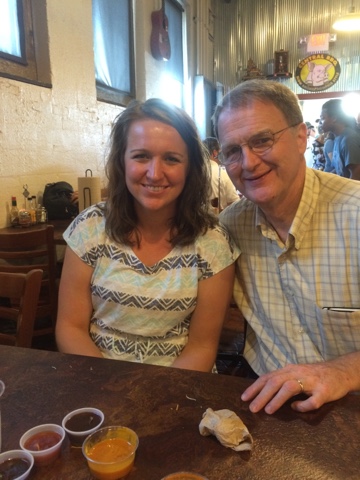 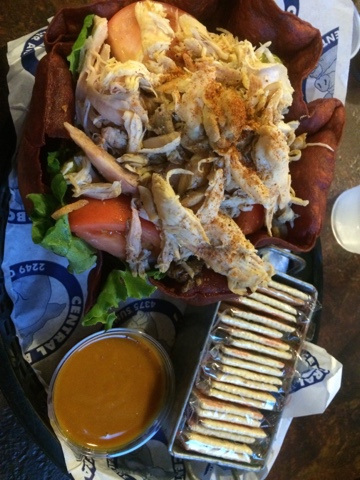 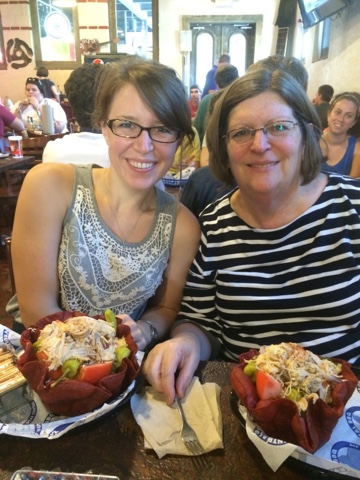 This wrapped up a great weekend in Mississippi and Tennessee full of good food, friends, and family. 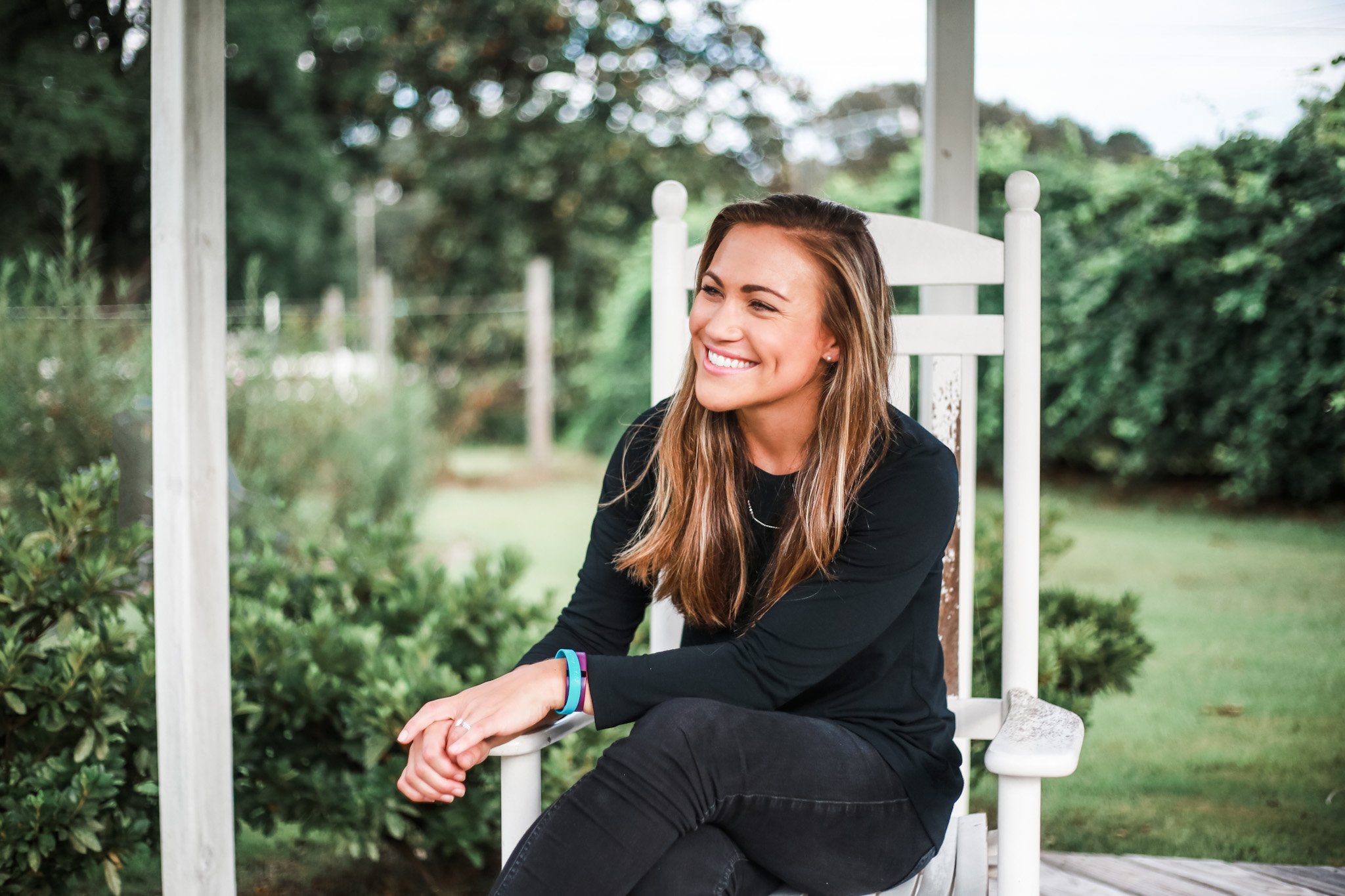